The Lovers tarot card will bring to the mind of non-initiates the image of love due to its name. It is of course love in all its glory but not just that. Far from it...

Representation of the Lovers in the Tarot of Marseille

The Lovers card is more ambiguous than you might think

It can be noticed that the colors of the rays surrounding Cupid are the same as the ones that appear on the man’s clothes. Would a wedding proposal be taking place? Maybe.

But marriage implies faithfulness, commitment, and therefore relinquishment. Because when you love someone, you implicitly or explicitly relinquish everybody else.

This is why the Lovers card is harder to comprehend than it may seem. The fact that there are 3 characters, in addition to Cupid, implies this choice.

The Lovers of the Tarot of Marseille must make a choice, a tough one because there are bonds between the man and the women, but their relations are different.

The man holds the pretty blond girl around the waist, which shows there is a carnal relation between them, while he only looks at the other woman, the one that lays her hands on him. This tarot arcanum can, therefore, be interpreted as a choice between:

In a Tarot draw, The Lovers sometimes embodies Love; but it is most of all the card of someone who hesitates to commit themselves, perpetually shillyshallying between the present and the future.

The Lovers is the card of hesitation, of the choice to make, but also of associations.

We are brought face to face with it every time we have to choose which way to go: either in a safe and well-known direction or an unknown one but much more filled with opportunities for openness and fulfillment.

To understand the meaning of the cards of the Tarot of Marseille, and notably the darkest side of some arcana, you can consult: 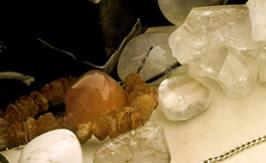 What is a talisman?

Human beings have always believed that these meaningful “items” could bring them luck, protect them, act as a lucky charm or even bring misfortune to their rivals. Simple superstition or genuine…

Various types of mediums and their gifts

Most of the time, mediums do not use tools like tarot cards, a crystal ball or even a pendulum. The medium harnesses the flow of energy from nearby living or spiritual beings as raw material for… 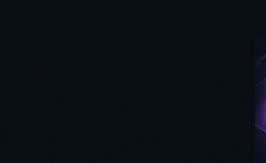