Is there anything more useful than cartomancy to know your future? Card reading is a genuine art, both complex and quite ancient, and its secrets and mysteries are only unveiled to the most dedicated enthusiasts.

Cartomancy is the art of card reading. This divinatory practice is among the most ancient ones and assuredly one of the most complex. When a cartomancer uses a tarot deck, this art is then called “tarot reading” or even “taromancy”.
Otherwise, cartomancy uses regular card decks, though there are various kinds:

As such, cartomancy is very different from tarot reading. Cartomancy lets you find some answers that mainly focus on the outside world, or concrete elements regarding:

Whereas tarot reading can unveil deeper and more psychological elements.

The history of cartomancy

Cartomancy can be traced back to the East, most specifically India and China where divinatory cards were already in use a very long time ago: 4,000BC.

In India, divinatory cards were called "Ganjifa" and they were used in conjunction with other divination tools:

These rudimentary cards evolved around the year 1,000AD when the Chinese invented dotted card, numbered using red or black dots. Indian and Chinese card games spread all over the world throughout the centuries.

This divinatory art took root in Europe as early as the Middle Ages.

There is more than a single kind of card deck. There are also several different oracles.

The most common deck is the 52-card deck (also called the European deck) and its 32-card variant (also called English deck).

They are both based on the 4 suits:

In Cartomancy, if you want to perform a card reading, the 32-card deck is probably the best-suited one.

In this special portfolio about cartomancy, I am offering you to discover several subtleties about that method of divination: 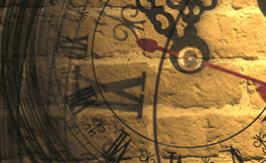 Mirror hours are a phenomenon tied to numerology and astrology. The complexity of these occult sciences explains the mystery surrounding double hours. These mirror numbers indeed display far more…

When we see a number repeating itself over and over again in our lives, we eventually lose the ability to chalk it up to a mere coincidence. Each number in the universe carries a different energy or…

What Tarot Card am I?