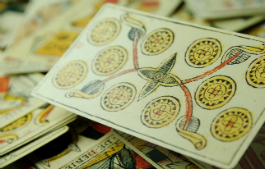 The Tarot de Marseille is a set of 78 cards, made up of 22 major arcana and 56 minor arcana. While the divinatory tarot mostly relies on the major arcana, it is also possible to perform a divination using the minor arcana, even though some tarot readers consider them to be harder to decipher.

Indeed, some tarot reading experts believe that the minor arcana – more numerous than the major arcana – are more complex and that it is harder to master them.

However, during a Tarot de Marseille reading, free or not, the minor arcana are highly valuable and can offer a different perspective of the draw.

These tarot cards thus add more depth and details to the interpretation of the major arcana.

Composition of the Minor Arcana

These tarot cards are numbered from 1 to 10, with 4 additional illustrated court cards:

The 56 minor arcana are divided into 4 suits of 14 arcana, each of them representing one of the elements: 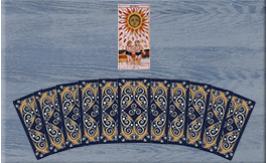 Less popular than those with three or seven cards, this one-card tarot draw enables anyone to quickly obtain an answer to a very specific question. Even if it turns out to be relevant for succinct… 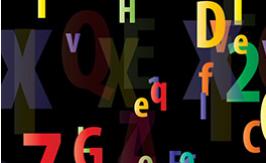 Meaning of your baby’s first name

When the time comes to choose the first name of a baby, the task may turn out to be long and somewhat arduous. The first name is part of the baby’s identity and will also reflect their…

When it comes to tarot card readings, there are a near-infinite number of meanings that you could take away from just one card. When you also consider the different card positioning, the different… 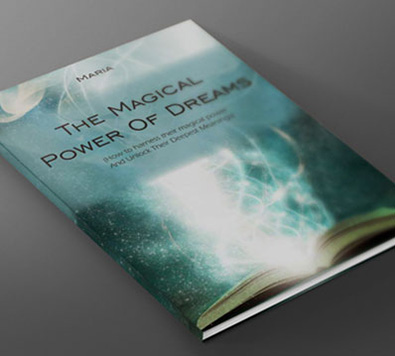